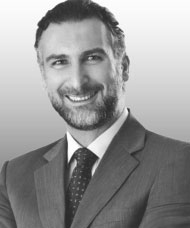 People working with Walid Tahabsem distinguish him by his “unrelenting focus on quality and efficiency combined with a genuine concern and commitment for all who work with him”. These attributes have been hallmarks of Walid Tahabsem’s career. Representing a true Jordanian entrepreneurship and success in the IT sector; Mr. Tahabsem is a well-rounded business leader equipped and driven to turn challenges into opportunities.

After receiving his B.Sc. in Computer Science from the Yarmouk University in Jordan, he founded Integrated Technology Group back in 1989. Today, as ITG President & CEO, Mr. Tahabsem leads one of the most successful IT companies offering quality end-to-end products and services for the education and public sectors in more than 20 countries worldwide. 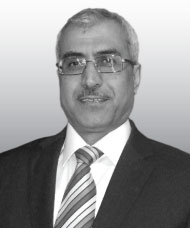 After receiving his B.Sc. in Computer Science and Corporate Finance from Yarmouk University in Jordan, in 1989, Mr. Sadi co-founded ITG and is currently its Executive Vice President.

With more than twenty years of experience in the information technology industry, Mr. Sadi is currently acting as ITG's Executive Vice President and Chief Financial Officer. As such, he is responsible for setting and adopting a quality management system for the company, thus ensuring ITG's continuous growth and success. His experience in international accounting and auditing principles helped him play a significant role in maintaining the company’s healthy financial position.

Mr. Sadi has a wide range of experience in software design and system development of several of ITG’s key products such as the Wave-Engine™ and the Rapid Application Development (RAD) for business process automation, which was used to develop applications such as multimedia applications and computer-based training on WaveERP, EduWave® K-12’s prototype and proof of concept, word processor development for the Macintosh Platform (Dawn™), data compaction, and image recognition. 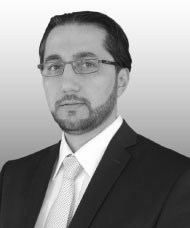 With more than 14 years of extensive experience leading a wide spectrum of tech initiatives ranging from Education to Health, Mr. Zaatrah is a globally renowned innovator and leader.

As ITG’s Director of Product Management, he has played a major role in developing disruptive solutions that continue to make a highly positive impact on future generations and communities. His reputable background, leadership, and extensive industry knowledge make him a landmark for the youth. 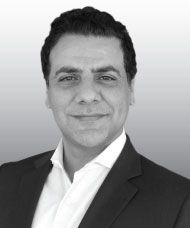 Mr. Belal Abu Samaha joined ITG as Director, Professional Services in 2018. Mr. Abu Samaha is an experienced leader with a broad range of skills as an executive-level manager with more than 20 years of hands-on experience in digital transformation and strategy execution in both the public and the private sector.

Mr. Abu Samaha has worked in multiple territories in the MENA region and in multiple international companies with a key emphasis on enterprise and IT solution architecture, portals, and the development, implementation, and delivery of e-services and software systems. His knowledge extends to the fields of megaprojects and program management.